Chiroptera 9a+ by Michal Mikušínec 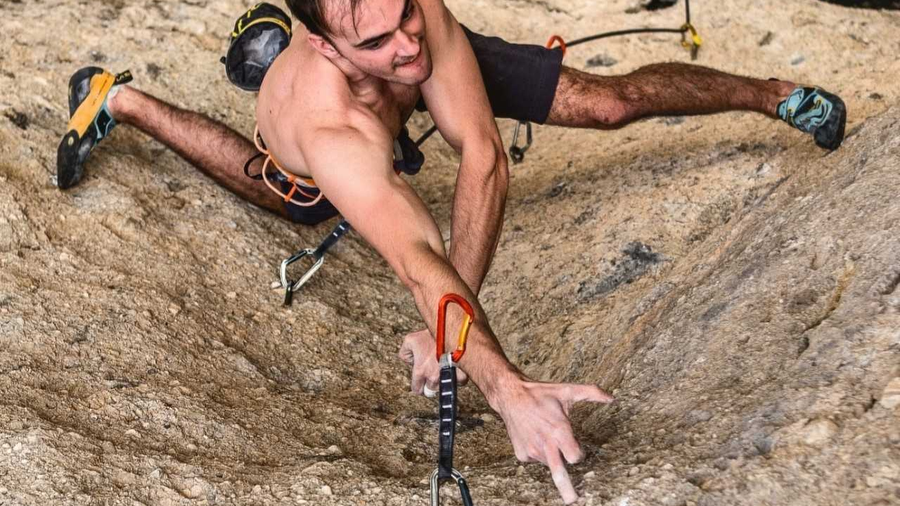 Michal Mikušínec skips 9a by doing the FA of Chiroptera 9a+ bolted by Milan Benian in the late '90s. "This short but intense route starts with 10 moves around 8b, followed by a boulder problem with 5 monos in a row. As I'm not very strong in pockets, I spent almost 20 sessions and 50 tries to make it."

Adam Ondra tried it twice in 2019, see this video. The second time it was harder as Michael had glued back a broken hold. "I broke a big part of mono and then I modelled it back. Now it's slightly smaller, so it's doable only with a thin middle finger or with the ring finger(as me)."

Could you please say something about your climbing background and how you train?
I started climbing at age 8. I climbed 8c being 16-years-old and then I started training. Not much, maybe three times per week. Now, I train every day, mostly on spray wall, hang board and core exercises. Sometimes, I do weight training, some weighted pull-ups and deadlifts.

Adam Ondra, who got the bronze yesterday in Boulder, won the gold in an exciting Lead final winning over Luka Potocar on countback. Interestingly, Adam reached …