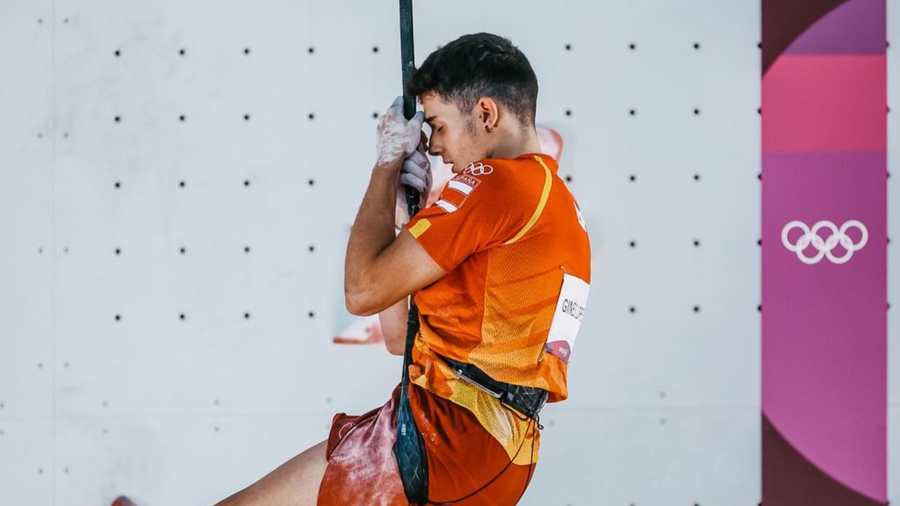 In the first ever Olympic final stage, Spanish lead specialist Alberto Ginés López took first place in Speed. In his first race, his opponent Colin Duffy (USA) false started, then Ginés López beat Adam Ondra, who had had a free pass to Top 4 after Bassa Mawem’s DNS due to injury. In the final heat, Tomoa Narasaki (JPN) slipped on the so-called Tomoa start, and Ginés López didn’t let his chance pass. The young Spaniard now has excellent chances for a medal due to the multiplication format. In practice, he most probably only needs to be #5 in one of the remaining disciplines.

Mikael Mawem (FRA) placed third, after some slips on his race against Narasaki. Notable was Adam Ondra setting an impressive PB of 6.86s on what might have been the last speed run of his career. Nathaniel Coleman (AUT) finished 6th and Jakob Schubert (AUT) finished 7th. While nothing is decided, Ginés López and Ondra have gotten a great start.