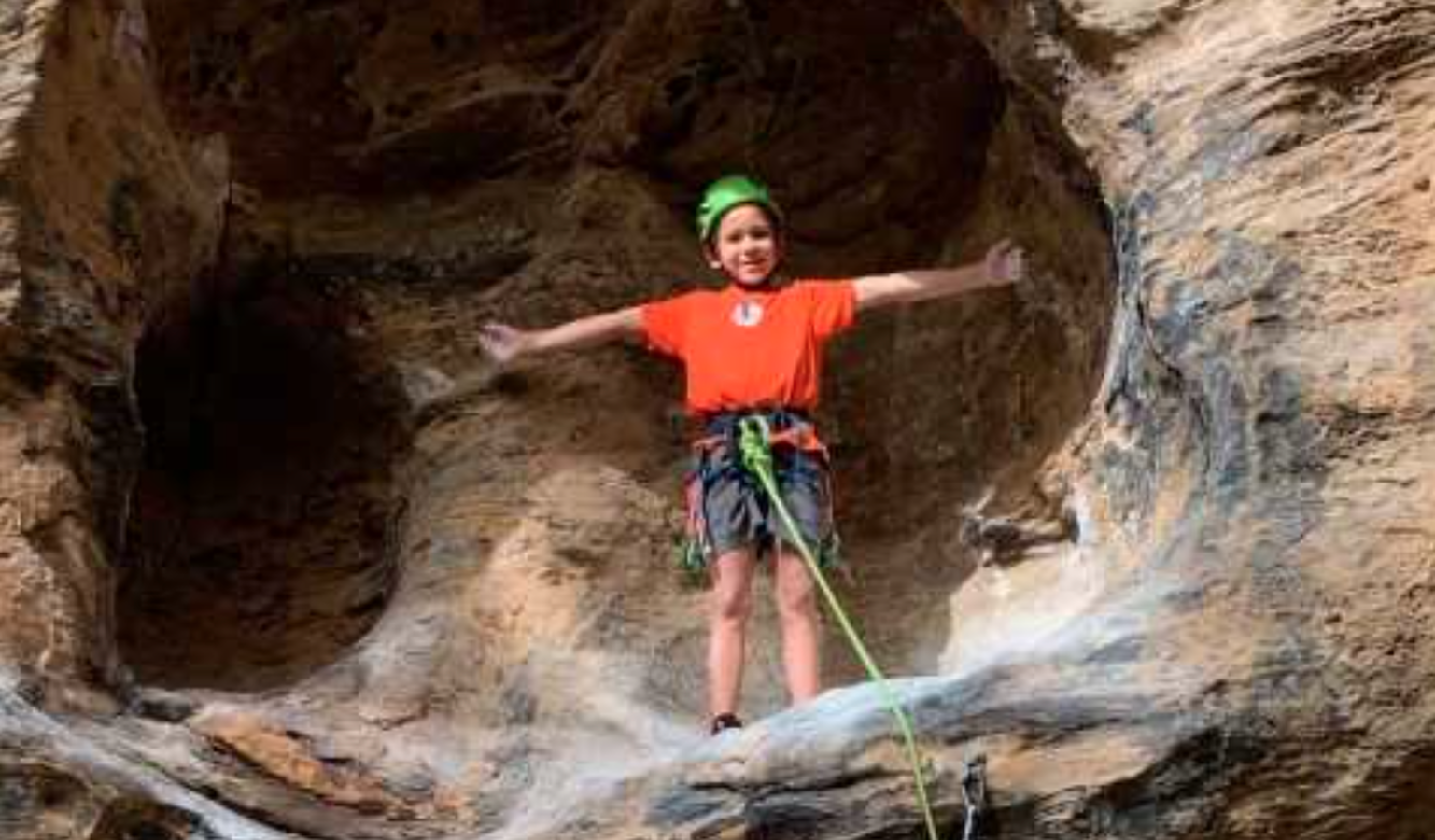 Bayes Wilder has during a two weeks trip to Red River Gorge (KY) done Southern Smoke (8c+) in just six tries. This means he is the first ever 10-year-old to reach 8c+ and amazingly he did it in just six tries. Insta video from a 15 meter whipper in RRG. We reached out to his father Matt, who back in the days also have made some 8a headlines, to give us the full report.

"Bayes and I travelled out to the Red River Gorge for 2 weeks this fall where we met up with two other young climbers Maya Ene (11) and Logan Zhang (11). Bayes had his sights set on getting pretty comfortable in the 5.13 (7c+ to 8b) range and also trying some limit projects. In particular, he was interested in attempting Southern Smoke and Lucifer, both 14c's (8c+). Previously his hardest ascent was 14a (8b+), but grades are not always the best indicator for small kids (he's only 4' 5" / 135cm). Usually, climbs are quite a bit harder for him than the grade implies because of reach issues though sometimes they feel a bit easier. Both of these climbs had seen ascents by young climbers including Ashima Shiraishi who at the time was probably closest in size to Bayes now.

Bayes spent the somewhat rainy and humid first week getting back into the rhythm of RRG climbing. Inspired by his friend Logan's recent single day onsight spree of Forty Ounces of Justice 13a, Convicted 13a and Skin Boat 13a, Bayes made second try ascents of each of those climbs. At the start of the second week, Bayes decided to get on Southern Smoke after a rest day. We chose Southern Smoke because the wall is much more featured than the Lucifer wall and thus more likely to have intermediates and alternative beta for reachy moves. Bayes worked his way up the first half of the climb with some success, but there were several sections that seemed undoable for him. After the first attempt, he was pretty discouraged and was ready to shift his focus elsewhere. He decided to give an attempt on Ultraperm which is a classic 5.13d (8b) that shares the same finish as Southern Smoke. After working out the moves, he redpointed the route on his second try.

Bayes' experience on Ultraperm renewed his interest in working Southern Smoke. He was confident in his ability to do the top part of Southern Smoke and so the route would most likely come down to the two crux sections he was unable to do on his first attempt. He resolved to continue trying Southern Smoke but first wanted to complete several other climbs he had his sights set on. The day after doing Ultraperm, Bayes and his friend Maya had a great day at the Motherlode both redpointing The Madness 5.13c (8a+) and flashing Flour Power 5.13b (8a). This may have made up for the fact that the kids didn't get to trick or treat on Halloween which was the previous night... but probably not. After another rest day, Bayes went out to the Gold Coast and redpointed God's Own Stone 5.14a (8b+). It took him 3 tries that day and he had tried it once a year ago.

With three days left in the trip, Bayes returned to Southern Smoke. On his first attempt of the day, he unlocked both of the crux sections that had shut him down before. Both sequences required difficult, low-percentage moves, but the climb was feasible. As he rested, he watched Maya redpoint Ultraperm 5.13d (8b) on her first try of the day. Inspired by Maya's success, he decided to make his next attempt a continuous burn from the ground. He linked halfway into the first crux before falling. He pulled back on and refined his beta for the first crux finding a key heel hook that made the sequence much smoother and more reliable. He repeated the second crux to get it more dialled in but was too tired to work the full upper part of the route as it was the end of his second day on. A rest day was much needed.

Heading into our final day of climbing, Bayes was unsure if he wanted to take the gamble with Southern Smoke or put his energy towards other climbs that would have a higher probability of success. However, he was encouraged enough by his attempts the previous day when he was tired and felt it was worth it to get back on the climb fresh. On our final day, we headed out to the Bob Marley crag and prepared to have a final session on Southern Smoke. He looked really strong and smooth on his first attempt, but his hands numbed out and he fell on the second crux, a left-hand dyno to a slopey crimp with the right hand holding a terrible pocket. After his hands warmed again, he pulled back on, sent the second crux and climbed all the way to the end of the route. At this point, the route seemed very doable for him but given its length and difficulty, he probably had only enough energy for one more good attempt. I was already starting to think about how we'd be able to get back out to the RRG for another trip to finish up the project if it didn't go down on the next try.

Bayes was confident in his ability and headed back up for another redpoint burn. The first half of the climb didn't go quite as smoothly as the previous attempt, but he found himself below the second crux with hands that could still feel the rock. He moved into the second crux and executed all of the moves perfectly. The next section of the climb that links into Ultraperm was quite stressful for the onlookers as Bayes nearly clipped a wrong bolt and cut loose with the rope behind his leg. He was able to keep amazing composure though and continued climbing confidently through the route taking rests as needed. With laser focus, he pulled into the final crimp crux of Ultraperm and powered through to the glory jugs. He raced to the end, clipped the chains and let out a scream of joy. What an amazing accomplishment and such a cool moment!