Small holds on colourful volumes is the future 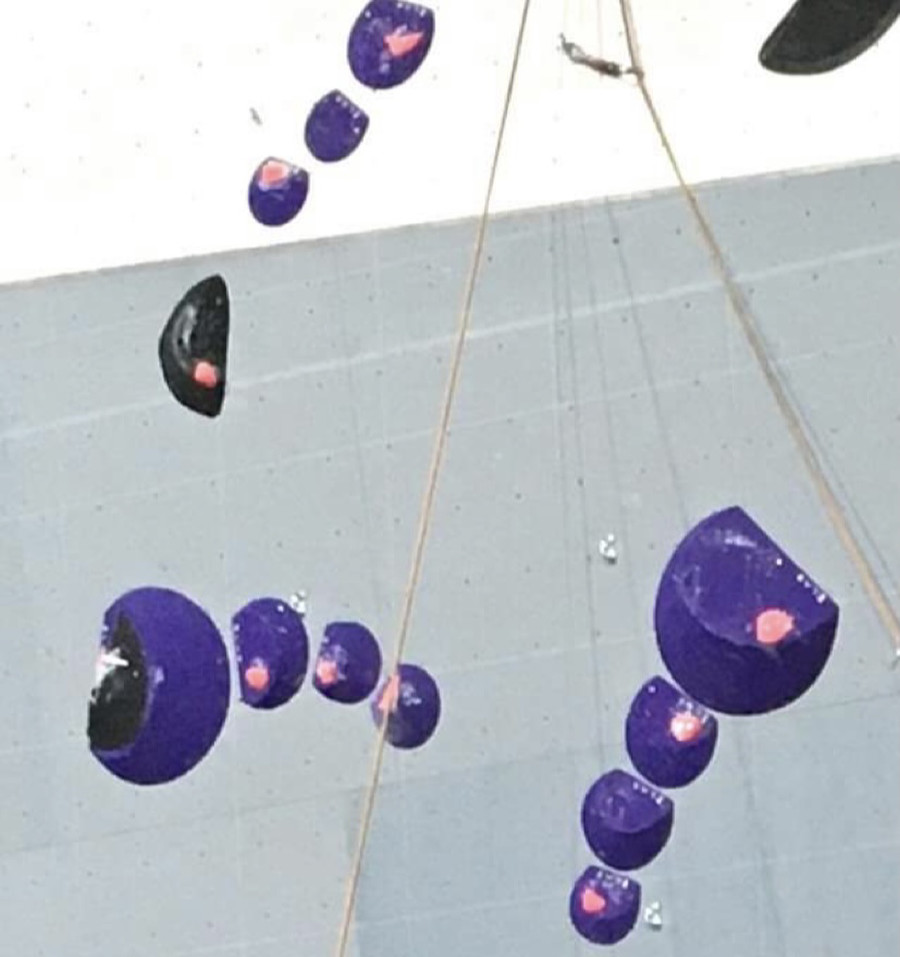 During the last years, we have seen a development where the route setters use more colourful volumes, meaning that the line is better shown for the spectators. On the other hand, such volume routes are more condition and friction dependent, which can suddenly make a route more or less difficult. Furthermore, judging gets more difficult as there are so many more ways to use the volumes at the same time as it might slow up the climbers not knowing where to exactly grab the macros.

The solution for this is what we often saw in Moscow, smaller contrast holds on the colourful volumes. Jan Zbranek, route setters in Moscow as well as in Tokyo 2021, explain the possible future.

"I don't think this is an innovation. Many setters do that. I believe the contrast colours could help the judges and also the spectators to understand the exact position and size of the holds. Also for climbers, it can be helpful. In Moscow, we decided to use this a lot, because we didn't have too many bigger holds to play with, so the volumes and little holds were helping us to create them. A few years ago I was asked by broadcast producers to not set only one colour routes. They said the change of colour helps people watching the TV at home, to get a better understanding of whats going on. And since then I try to make every comp little more colourful.

To make Lead climbing more attractive for the public and also for the climbers, route setters are often forced to use big holds and volumes. Many of these holds were designed for bouldering, where the level of risk using them, is much lower due to multiple tries, constant cleaning and general natural of the sport. When using more friction dependent holds on Lead, route setters are taking a huge risk, that the level in these parts of the route can dramatically change, when the condition for climbers change. Variable humidity and temperature can effect most of the outdoor competition, and also some indoor ones, where air conditioning is used (during setting is usually off). Saying that using more holds less dependent on friction weather and more about climbers power, can bring sport climbing closer to outdoor climbing again. The downside is, minimizing risk has to bring the intensity of the route up. Something I forgot to adapt in Moscow combined finals.

Don't get me wrong, I don't want to get back to crimp climbing. This has so many disadvantages regarding the health of the athletes. I think the key is to search for balance between tricky volume and macro holds climbing and add some moves on holds you can fight on the same way as you do on the rock. Different solutions of some sequences can be fun for spectators, but it is a little tricky to do a fair topo. So we have to be very careful about that. Competition route setters are using this "hold reading technique" on the big competition, where achieving the exact movement of grade is essential. To attach little holds onto the big ones we use screws. Many times our creativity causes damage on those PU holds and fibreglass volumes. So for me, I would not recommend this style of setting for commercial gyms. Here we generally try to screw little holds only onto the ply-wood walls and volumes. It is always about finding a compromise, between forcing our route setting idea and keeping the gym look nice for the future."

One problem with screw-on holds is that this technique can only be done limited times. One possible solution is to make the volumes in a non-friction colour and then attach a small hold, in a contrast colour, with a bolt. Jan Zbranek agrees on that idea so hopefully, we could see that both in the Olympics and in the gums on a larger scale.
3
0  C O M M E N T S:
Sort by: Date A Reply A

Alex Megos, who was #3 in Briancon, reports on Insta that he has made the FA of Ratstaman Vibrations 9b in Céüse. The steep, 35m line was bolted by Chris Sharma some ten years ago and has been tried by many top climbers. Last year, Alex tried it but the actual process started three weeks ago after t…

Alex Megos, who was #3 in Briancon, reports on Insta that he has made the FA of Ratstaman Vibrations 9b in Céüse. The steep, 35m line was bolted by Chris Sharma some ten years ago and has been tried by many top climbers. Last year, Alex tried it but the actual process started three weeks ago after t…