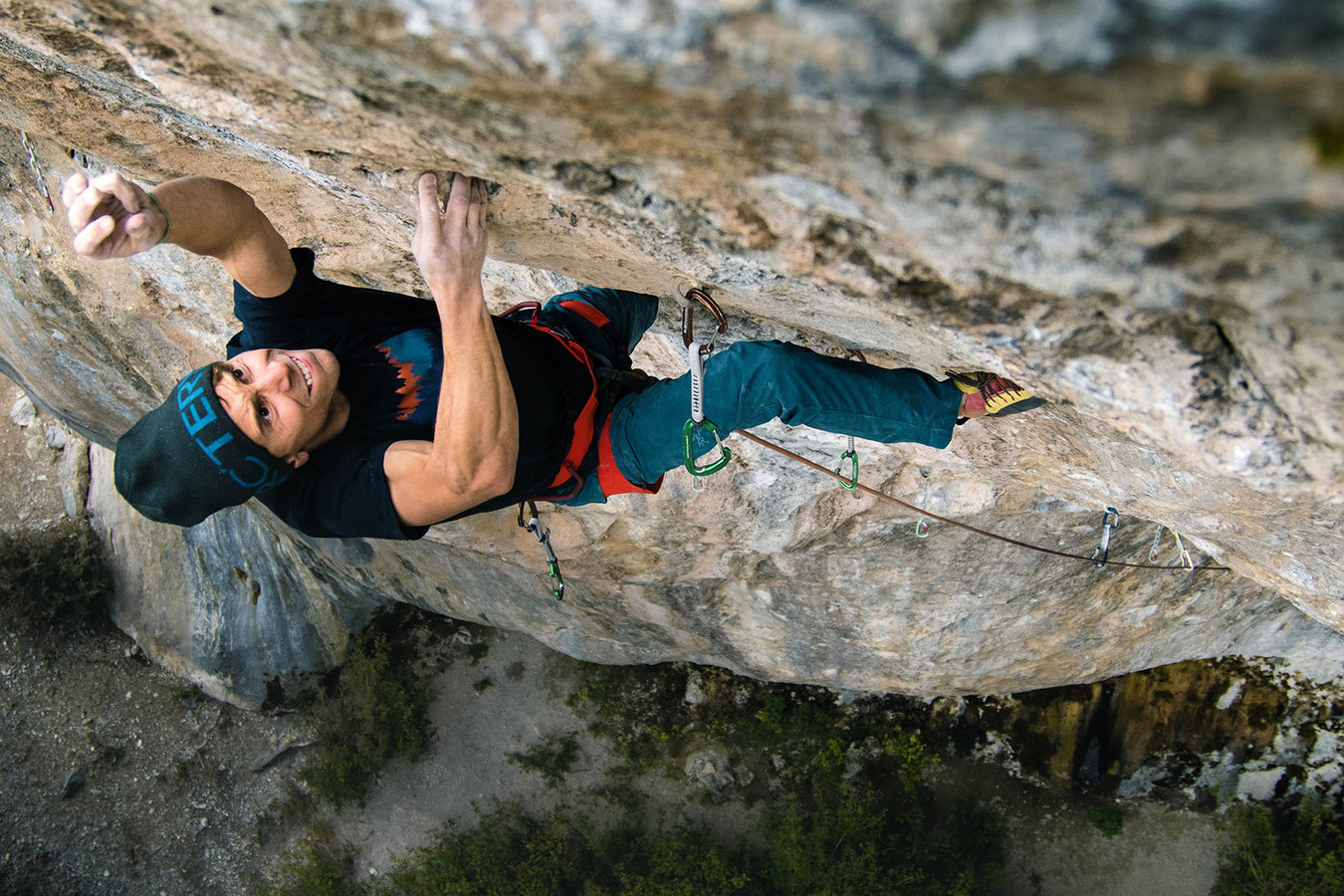 Alexej Pinchuk has presented statistics of all 9a+ to 9c ascents. A total of 26 climbers from the US have done a 9a+, which can be compared with 21 from Spain and 15 from France, followed by 14 from Germany and Italy. In short, it seems the US has the best climbers in the world.

What is very strange is that there exist only 13 9a+ routes in the USA at the same time Spain has 78 followed by 39 for France and 18 for Italy. In other words, the Americans travel to Europe and especially Spain in order to send a 9a+. Many think that some grades in Spain are on the softer side but possibly the above statistics also suggest that the grades in the USA are harder.

I sent over these stats to Jonathan Siegrist, who has done 18 routes 9a+ and 9b, out of which half in the US. (c) Joe Segretti - Ghetto Booty 9a from Frank Legrand at the Hood, Mt Charleston.

Could it be that several 9a's in the US would have been 9a+ in Spain?
Yes, I mostly agree with this. Our routes overwhelming tend to be quite bouldery - even the longer routes. So they can feel hard! We have very few resistant style 9a and harder. Our cliffs in the USA are simply shorter than in the EU, so if we can find 9a+ usually they have very hard boulder problems when compared with a 50 meter 9a+ in the EU. This doesn’t necessarily mean they are graded wrong, I just think the style is different. Although some probably are sandbagged. Especially the originals in the grade, as usual everywhere.

However, I think these numbers are also slightly deceiving, and also I believe I have an answer for why there are fewer hard routes and ascents in the US.

A. In the US we have the strongest boulderers in the world, no question. Largely because we have excellent, hard bouldering everywhere, but not nearly as much good overhanging limestone. I think you’d find that a good number of those 26 9a+ climbers have only climbed a hyper bouldery route that might be better described as a very long boulder problem. So in other words I think the number of US climbers doing true ‘sport climbing’ style 9a+ is a bit lower.

B. As for the few numbers of hard routes, this is largely because the US simply does not have nearly the quality or the quantity of tall rock that Europe has. Also, the bulk of hard route development (~9a and harder) is all done by a very small number of climbers and it tends to be in obscure, remote places far from a cafe or even a petrol station.

C. I think that for many years in the US we barely had any 9a+ and up, and they were mostly pissed off hard, quite obscure or difficult to reach. So if you were an aspiring 9a+ sport climber you would likely be better off going to Spain and having your choice of dozens of great climbs, quickdraws hanging and within a 5-minute walk from the car as opposed to only a couple of options that all probably require 4x4, a long hike, rattlesnakes, and possibly a couple of days of cleaning to get the route back to climbable.

Do you also agree on that,
From a grade theory perspective, you could possibly use Action Direct as an example of what you say. It is so specific and it is very hard to send after like 20 sessions... and even if you send...you have not gotten much stronger doing other 9a's. However...if you do an endurance 9a...it is kind of fun to spend 20 sessions on it and after the send, you get rewarded as you have gotten stronger on this style and could repeat many others :)

Well, I for sure agree with this! I have learned to love our bouldery, strength endurance style routes here but what I love to climb are the 50-meter beauties where you can really fight for it and get super pumped. I wish we had more of this style in the USA. But thankfully I am fortunate enough that I can fly to the EU once or twice a year and get my fix.
11
34  C O M M E N T S:
Sort by: Date A Reply A

Direct Open Your Mind 9a (+) by Jonathan Siegrist

Resisting Arrest 9a by Jonathan Siegrist

Direct Open Your Mind 9a (+) by Jonathan Siegrist

Resisting Arrest 9a by Jonathan Siegrist