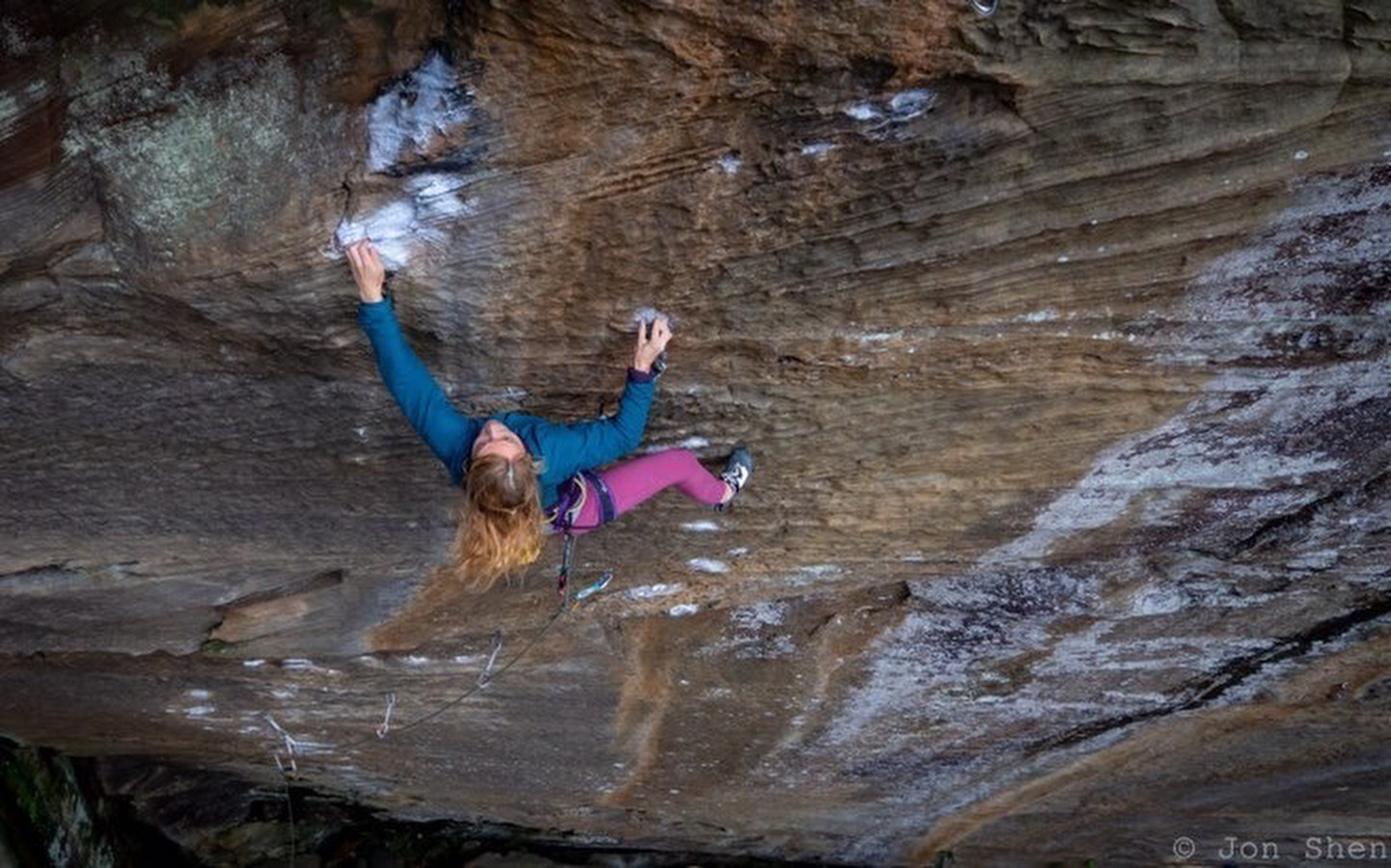 Solveig Korherr, who did her first 9a this summer, has done Pure Imagination (8c+) in Red River Gorge (KY). "A dream line in of the best the climbing spots! The one that got away last trip. Seems like I levelled up in two years. Three days this trip. So thrilled!!!"(c) Jon Shen

Could you please say something about your trip to Red River Gorge?
I came to the Red River Gorge with one goal in my mind which was to send „Pure Imagination“. I tried the route two years ago on my previous trip but I didn’t quite have the ability to send it back then. Ever since then I have dreamed to come back for it.

One week ago when I arrived here, I immediately hopped on it. I was really excited to be back in the Red and I could definitely tell that I levelled up. I felt much stronger on the holds especially in the sustained upper part but I was still struggling a bit with the lower crux with the famous crimp that cuts your finger and that is as thin as the sharp edge of a knife.

With some crisp conditions on my third day on it, I finally made it through the lower part on my third try but I was a little bit too tired and excited at the top crux and fell at the second last bolt. Knowing that it was now possible, I gave it a fourth try and it ended up being the final sending go!
11
2  C O M M E N T S:
Sort by: Date A Reply A

Audrey Sniezek, who did her first 8c at age 41, has done God's Own Stone (8b+) in Red River Gorge (KY). Noteworthy is that the 50-year-old did not climb much in…

Audrey Sniezek, who did her first 8c at age 41, has done God's Own Stone (8b+) in Red River Gorge (KY). Noteworthy is that the 50-year-old did not climb much in…