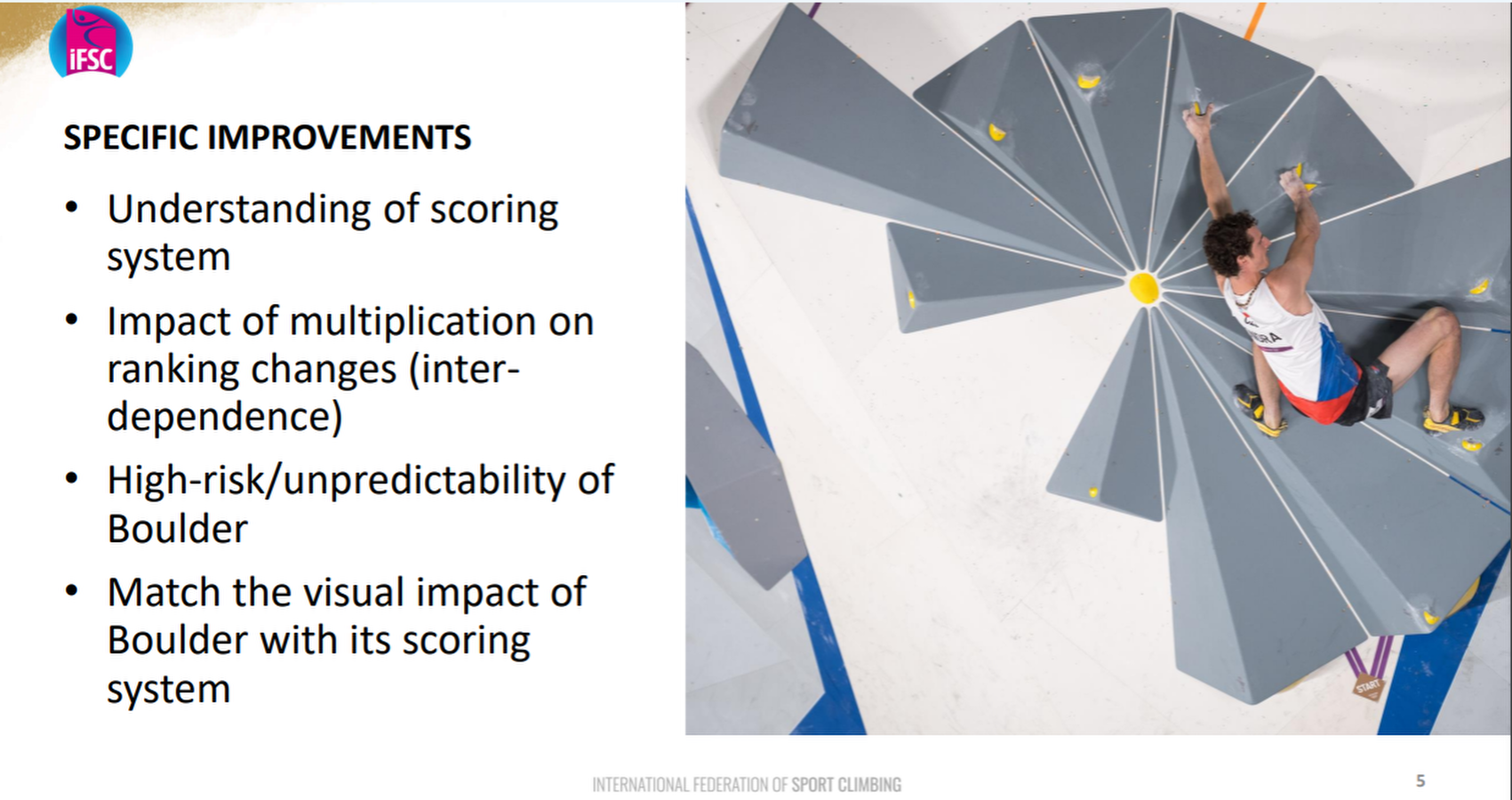 An IFSC working group has made a presentation of a new suggested format for the Combined Olympics in Paris 2024. The background is that the format should be more understandable for the media and the public that watch a climbing competition for the first time. "The Executive Board approved the recommendation of the Boulder and Lead Small Working Group to; dismiss the pure Ranking-Based models, and (instead) proceed with the direction to elaborate the technical details of the Performance-based models."

Here is a short summary with the major suggested changes.
Boulder
4 Boulders in the final, rotating as in a WC semi
2 Boulder with two zones and 2 Boulders with one zone
25 points for a Top, 10 points for the higher Zone and 5 points for the lower zone
Comparing performances: 3T 4Z = 85 points, 1T 2Z 3z = 40 points
If there are ties; 0.1 point subtracted in each fall to the Top, and 0.01 points to the Zones

The Olympic results will be calculated by the sum of the points awarded in each of the two disciplines. In other words, if the route is too hard, there will be a little separation in Lead, and the Boulder result will more or less decide the results. If on the other hand, one climber manages to get to the Top meanwhile the rest falls on a crux midways, he/she will most likely win no matter the result in Boulder. Flashing or doing a boulder in five attempts have very little importance. Flashing or getting to the zone(s) in five attempts have only theoretical importance overall.
2
16  C O M M E N T S:
Sort by: Date A Reply A

Matilda Söderlund reports on Insta that she together with Sasha Digiulian and Brette Harrington have sent Rayu, 8c MP on Peña Santa (2596 m) in Spain. Their asc…