Gioia controversy - What do you think? 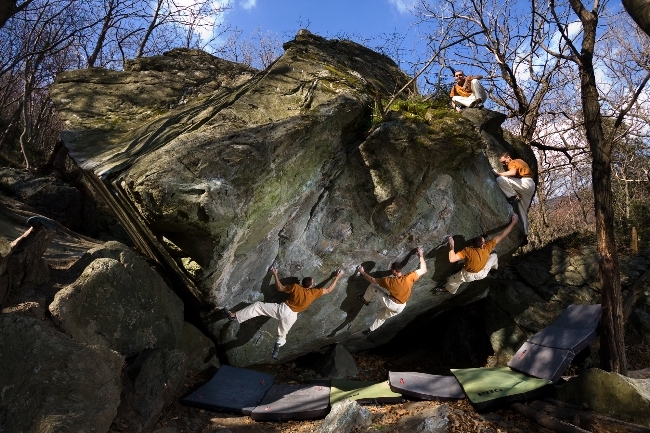 Gioia, in Varazze, is one of the most famous boulder problems in the world. It was set up by Christian Core, the former World and European Boulder Champion who has twice won the World Cup, as an 8C in 2008. Later, Adam Ondra and Nalle Hukkataival repeated Gioia and gave it the personal grades of 8C+ and 8C/+, respectively. These ascents established Gioia as one of the first upgraded hard core boulders in the world. During the years, many more have tried to repeat it with no success and many believe that Gioia is the first 8C+ in the world. What is not well known is that there are five glued holds on Gioia. A week ago, Dave Graham and Daniel Woods started to work on it and Dave actually found a new knee bar making the crux possible easier and later, a foot hold broke, making the crux on the 8A+ stand version significantly easier. The next day, Christian glued it back trying to make the foot hold as in the original shape and size. This made the Burrow Files publish a critical article and the controversy was out. Christian is very sorry for this as he just wanted to preserve Gioia in it's original shape as the boulder and it's difficulty is important in the history of bouldering. Here is a Christian Core interview from 2009. It is the climbing community who set "the rules" and together creating a consensus. It would be interesting to hear different opinions, regarding glue etc. 8a has a clear standing here but we would first like to listen what you think. Discussions in the community are important and please use a good tone. We are setting the standards for the future generation. (c) R Armando
0
33  C O M M E N T S:
Sort by: Date A Reply A