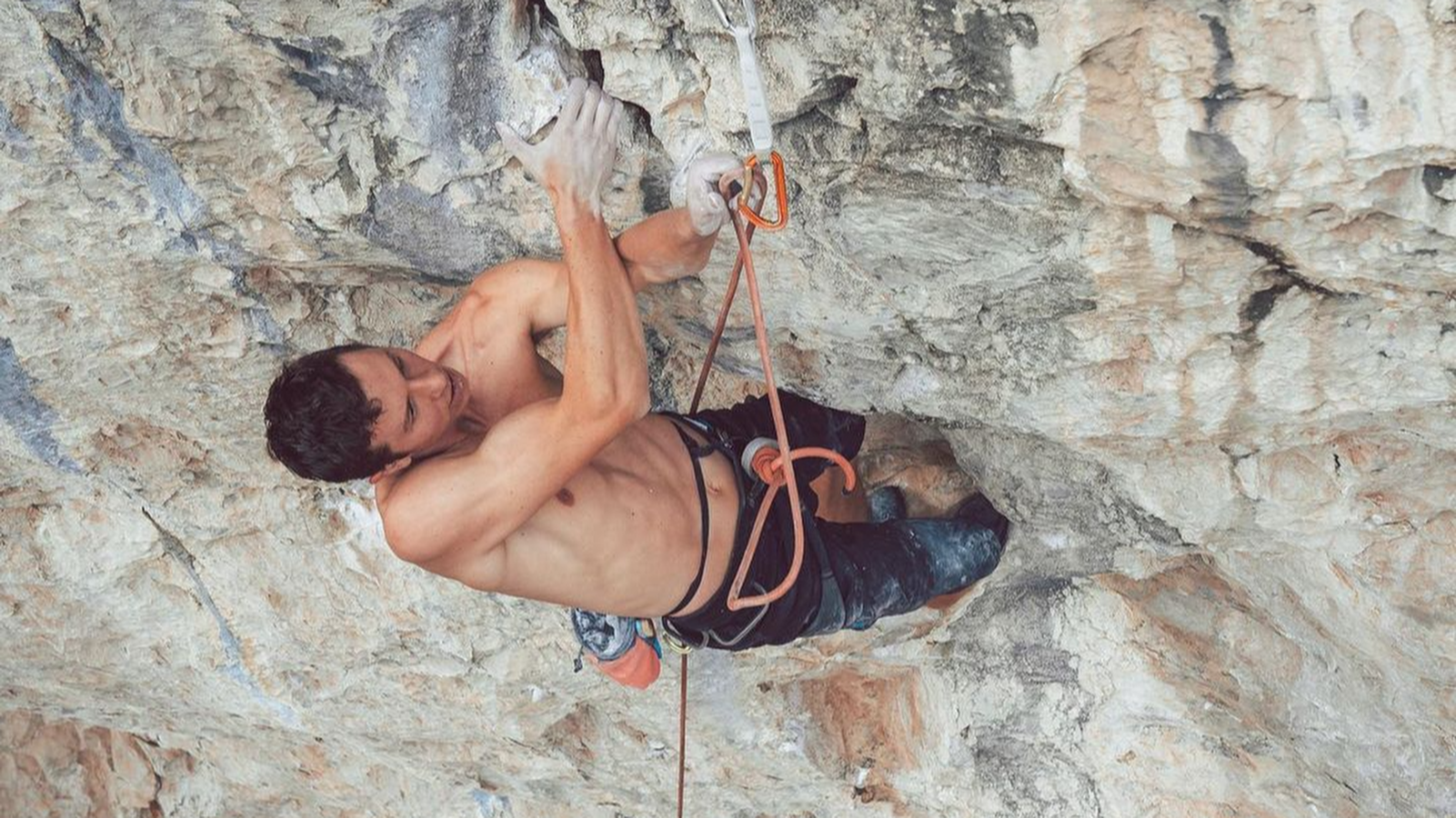 Matty Hong reports on Insta that he has done the first repeat of Tommy Caldwell's Flex Luthor in The Fortress from 2003. Matty, who previously has done three 9a+ and Fight or Flight 9b, thinks it should be upgraded to 9b. "It’s undeniable some aspects of the route have changed over the years." Carlo Traversi belayed Matty and has worked it for some 8-10 days and is getting close. "It could happen any day now? (c) Margo Hayes

Do you know how much it has been tried over the years and how much it has changed since the FA?
Only a couple other people have tried. Dave Graham (one try), Sam Elias (one try) and Jon Cardwell. That’s all I know who have tried it. Jon Cardwell and I were the first to get to the anchors after Tommy. That was in 2015.

The rock wasn’t very clean, so a lot of stuff has broken, that’s what Matty is referring to. After talking with Tommy though, everything that broke was things that Tommy didn’t really use. The core of the route that he climbed is the same as what we are trying today. At least that’s what I think.

So why has the first 9a+ in the USA not been tried more?
It’s heinously hard. The weather is really difficult and it’s a long way from the car. About an hour of steep walking. In the last section, you are pulling yourself up a steep slope with ropes. Also, there are no easy routes at the cliff so it’s hard to find partners. The altitude is roughly 2 000 meters. Today it is snowing.
15
1  C O M M E N T S:
Sort by: Date A Reply A

Flex Luthor 9b by Carlo Traversi

Carlo Traversi, who did his first 8C out of ten in 2011 and first 8C+ last year, has done Flex Luthor 9b in The Fortress, after some 15 sessions. "Dream route. …

Carlo Traversi who is #11 in the 8a Combined ranking has written an interesting blog with thoughts on how it is to be semi-professional.

Flex Luthor 9b by Carlo Traversi

Carlo Traversi, who did his first 8C out of ten in 2011 and first 8C+ last year, has done Flex Luthor 9b in The Fortress, after some 15 sessions. "Dream route. …

Carlo Traversi who is #11 in the 8a Combined ranking has written an interesting blog with thoughts on how it is to be semi-professional.