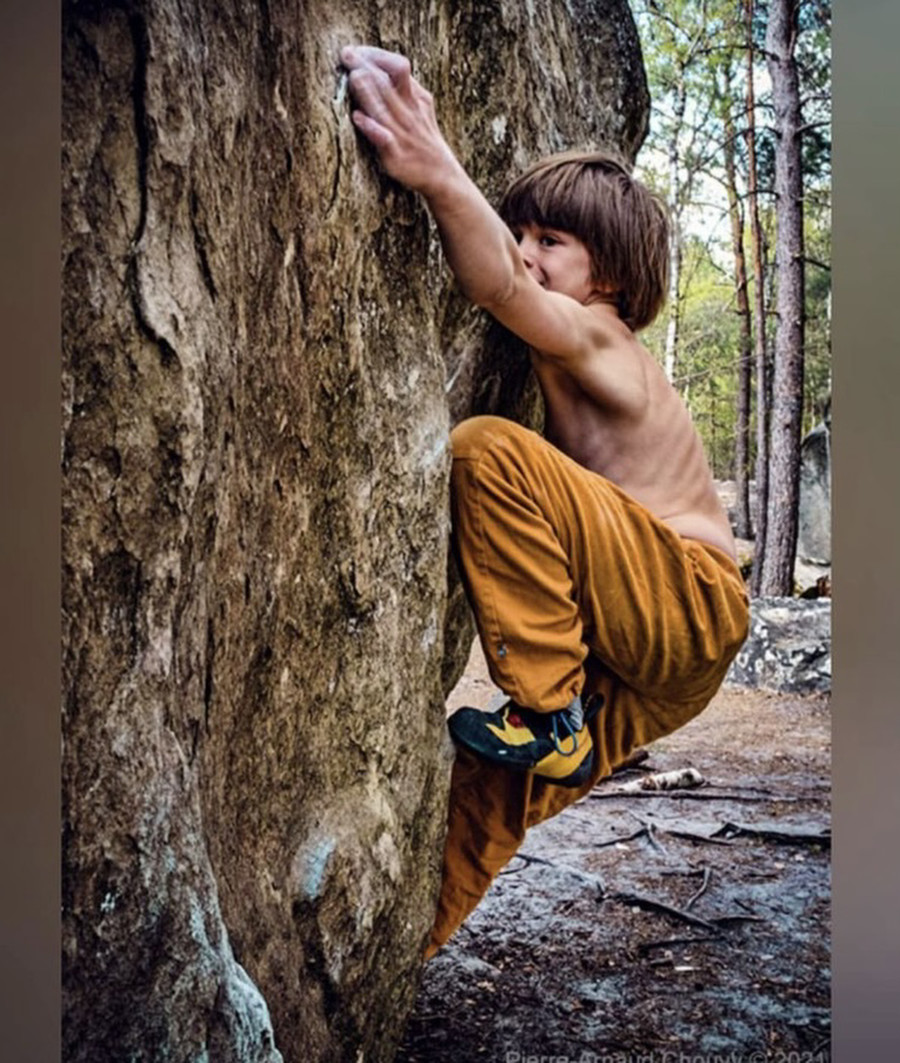 Tristan Chouvy, who just did Lacrima 8B, reports with an Insta video that he has done the second repeat of Philippe Le Denmat's Enigma 8B in Fontainebleau. It was put up in 1992 meaning it was possibly the first 8B in the world. Later, one of the crux holds were broken and although many of the locals have tried it the first repeat was not done until 2019 by Christophe Bichet, without commenting on the grade. (c) Pierre-Arnaud

The 144 cm tall comments: "It is a beautiful climb with very intense moves on tiny sharp crimps and small footholds that require finger strength, extreme precision and balance. Each one of the first 4 to 5 moves required a lot of work and at some point, I thought that I could never reach."

His 191 cm tall father with 7C as PB comments that after the send his son started to playing with a potential sit-start of Enigma. "We thought it would be hard to reach and hold the first two crimps but it wasn't (at least for Tristan)."

How much does he climb weekly and where?
He climbs up to three times a week, only outside.

What kind of shoes is he using and size?
He uses La Sportiva Skwama 36.5 that are generously offered by La Sportiva Italia. He's tried different La Sportiva models and has stuck with the Skwama for the time being.

How was the process taking it down?
He started working on Enigma in May for a few short sessions until he had all the moves settled except the slightly dynamic move to the left. Then he stopped trying as it was too hard and seemed impossible to even reach the hold. After Lacrima we went back straight to Enigma (last Saturday) and that impossible move went at the second go. But he had to stop to preserve his skin and yesterday was the day as it was dry and cold and he had enough skin to try again. That one move and the one before still proved difficult as there was no room whatsoever for error or lack of precision. The second half of the climb was reachy but he had worked it so that the risk of falling there was minimal.
2
1  C O M M E N T S:
Sort by: Date A Reply A