Alex Honnold and his environment Foundation 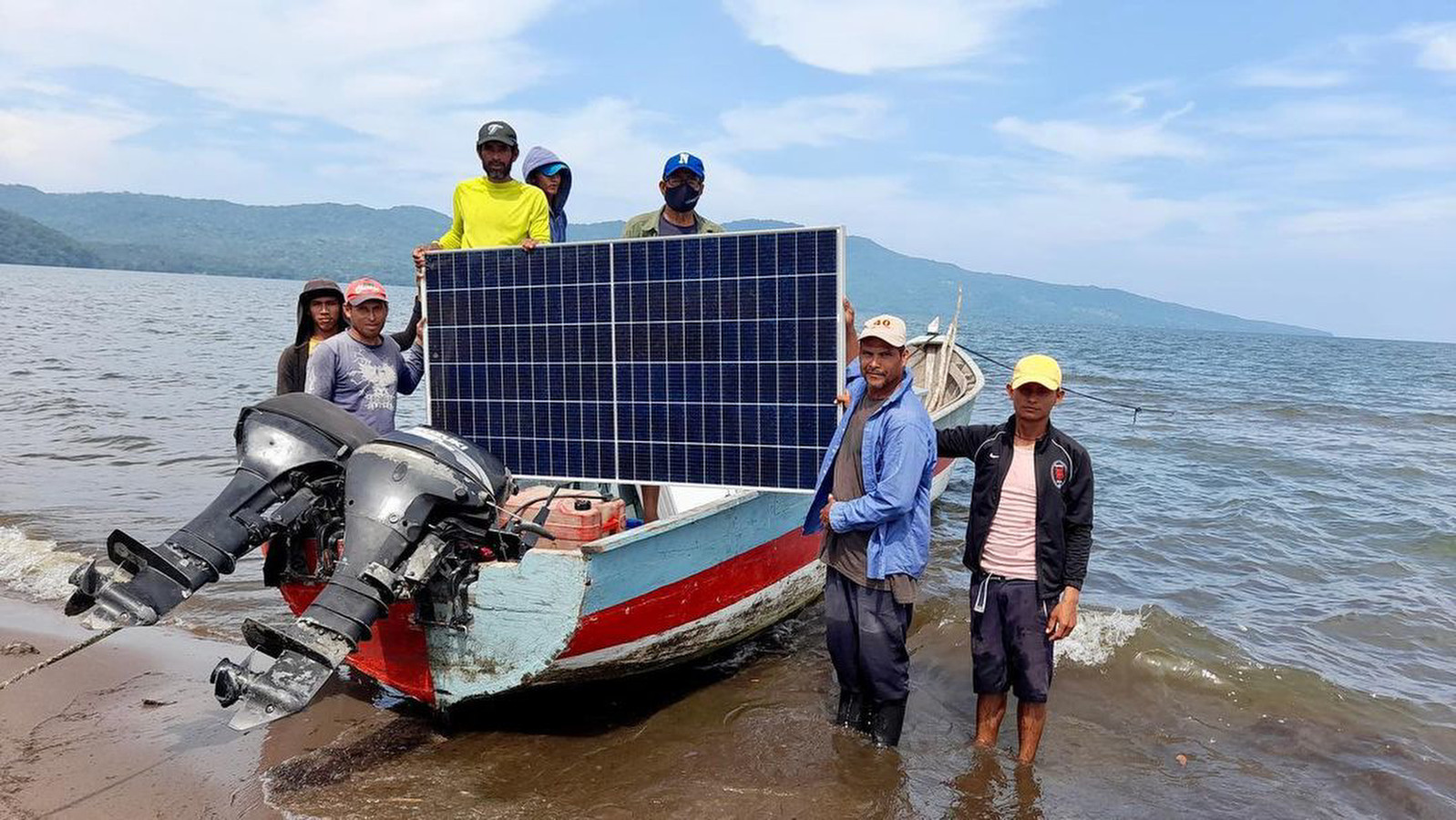 Alex Honnold, with 1 119 ascents, up to 9a, in his log book and 2.3m followers on his Insta, started the Honnold Foundation in 2013. "Promoting solar energy for a more equitable world" is the headline on the it's Insta. 8a has followed up this briefly before - Solar aid projects more important than 9a's Lately, we have published articles with Alex Megos, Jonathan Siegrist and Pirmin Bertle about their environmental thoughts and choices.

For those who don’t know about the Honnold Foundation, can you tell us about its goals and some recent projects?
The Honnold Foundation supports solar energy for a more equitable world, which basically means that we donate money to various organizations and communities around the world to help them harness the power of the sun. Sometimes that means putting solar panels on schools to help lower their electricity bill, sometimes that means using solar energy to power a water pump to help farmers. We fund many different projects each year, but they're always focused on using the power of the sun to help a human community. You can see all the specific projects at: Honnold Foundation

Climate change is so overwhelming in its complexity and consequences, that it is difficult to not feel powerless as an individual, or even society. You invest a substantial part of your income and time into acting against the climate crisis. What drives you to make this effort?
You're right that the scale of the challenge can feel overwhelming, which can make action feel futile. But it's a lot like everything else in life - it's better to focus on the process than the results. If everyone who climbed was only thinking about the prospect of eventually climbing 9a hardly anyone would bother. But if you love the whole experience of going outside and climbing with your friends and are able to enjoy the day to day then you may eventually find that 9a is within reach. When I do work for the Honnold Foundation I'm not thinking that anything we do will solve climate change. But I do really enjoy knowing that we're having a positive impact on the world, no matter how small it is. It's heartening for me to think that because of our efforts the world is at least a slightly better place. And that's enough to motivate the day to day work.

On the Honnold Foundations website, you encourage reusing or repairing what you already have, and if you’re buying something, to buy used. On the other hand, a part of your income comes from marketing budgets that are in place to convince people to buy things they don’t really need. What are your thoughts on this?
Well, marketing budgets aren't always encouraging people to buy things they don't need - we do all need clothing and equipment, the question is how much and from what sources. Even the most staunch minimalist still needs new clothing from time to time. It may be naive, but I'd like to think that the companies I work with are trying to sell to people who actually need their products. I think it's worth asking questions like that, but it's important to not let perfect be the enemy of good. In this specific case, I'm making money from all kinds of sources (the climbing industry, corporate speaking, film royalties) and putting a lot of it back into positive projects through the Honnold Foundation. Each of those income streams is slightly problematic environmentally just because almost all human activity is environmentally destructive right now. But I personally think that it's better to do something, make some money, and use some of it to change the way humans impact the world (by speeding along with the transition to renewables, for example).

What should we do, as individuals and climbers, to do our part in reducing carbon emissions to net-zero by 2050? And how much of our focus should lie on direct action, versus supporting systemic change, for example through donations, voting…? What are the most important priorities to put on our ticklist?
Funny you ask about what to put on your ticklist, because we actually published a sustainability ticklist on the the Honnold Foundation website. It focuses on the major personal changes that someone can make to minimize their environmental impact - things like changing their bank or modifying their diet. It's worth looking over and thinking about which steps are the easiest to take. As climbers, most of our impact comes from travel, which is a hard thing to minimize right now. Travelling less, using public transit, using rail over planes when possible, being efficient about trips and consolidating travel as much as possible - those are all decent strategies though they don't get you to zero. Ultimately, if you really want to minimize the harm you have to offset your emissions in some way. Personally, I use Mossy Earth to support tree planting/rewilding, though most of what we do through HF offsets carbon as well (though we don't quantify it specifically, since we're more focused on the human impact). Systemic change is probably the most important thing since it has much greater potential to reshape the world. Voting is critical. Being politically engaged (at least to a reasonable extent - not necessarily arguing with people online...) is important. Political action has the greater ability to change the world, but it's too slow and can feel deeply unsatisfying on a personal level. This is where personal action comes in - at least it has an immediate impact.

What are your future plans with your foundation, and also in your personal life as far as your impact on climate goes?
In the last two years we've given away over $1 million dollars in grants each year, this year we're aspiring to double that, which would mean funding something like 20+ projects around the world. My personal life is a harder question because I'm already doing a lot of the simple things (I have a green bank, I'm mostly plant based, I don't buy many things...) but life is also getting more complicated. I'm married now and we mostly live in a house (much bigger impact than the old van...). And we're having a baby in a few months (a whole new source of impacts...). So in some big ways, I'm trending in the wrong direction. But on the other hand, I don't feel like I need to martyr myself for the environment - I try to do my best and have as little of an impact as I can. I hope that the foundation has a positive impact on the world. It's ok if that's not perfect, at least I'm working in the right direction...

Here is the very first 8a interview with Honnold where he said. "I respect the fact that 8a is normally all about safety, I can see how you do wouldn't want to encourage kids solo climbing. But it is something I love to do."
10
6  C O M M E N T S:
Sort by: Date A Reply A

Alex Honnold soloed The Phoenix (7c+) in 2006, on his 2nd go as marked in his logbook. It should be mentioned that 8a has a policy to not make news about solo climbing as we do not want to encourage this in order to get a headline. However, over the years, we have sometimes made exceptions for Honno…

Alex Honnold is today the world's most famous hard core solo climber. "I respect the fact that 8a is normally all about safety, I can see how you wouldn't want …

Alex Honnold soloed The Phoenix (7c+) in 2006, on his 2nd go as marked in his logbook. It should be mentioned that 8a has a policy to not make news about solo climbing as we do not want to encourage this in order to get a headline. However, over the years, we have sometimes made exceptions for Honno…

Alex Honnold is today the world's most famous hard core solo climber. "I respect the fact that 8a is normally all about safety, I can see how you wouldn't want …