The Big Island 8C (B+) by Simon Lorenzi 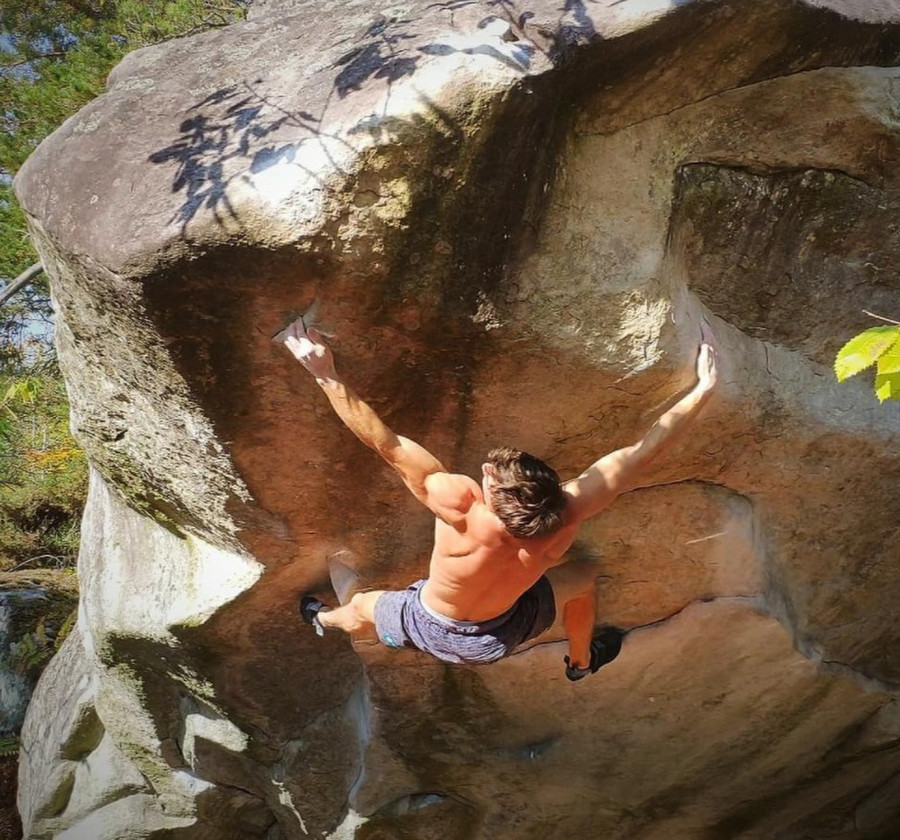 Simon Lorenzi, who has done two 9a's, including Action Directe in 2017 at age 20, has done his fourth 8C, The Big Island in Fontainebleau. As it just took him two sessions he says it is maybe just 8B+. As a matter of a fact, all his previous 8C's he thought they were 8B+ as they also went down in just one or two sessions! The 168 cm tall says he thinks his progress mainly come from climbing more outdoors and working a lot on his flexibility and mobility.

Other reasons why we have not heard more about him is that he lives in Belgium and actually quite seldom climbs outdoors as he has focused on comps. In 2016, he won the Youth Worlds and the next year he was once #10 in the WC. Later he started to struggle. For 17 straight Boulder and Lead WCs, he was mainly #30 - 50, and it was not until the very last WC last year he was back on track as #14.

"Too much pressure but also not a really smart way of training because only focus on the physical aspect but it's something that we changed now. I try to climb more and more on real routes and boulders to work on the tactical and technical aspect." Next up is the European Championship in Moscow hoping to make it to Tokyo.

"I want to find a hard project to work on this year possibly the Sit of the Big Island. Next year I'd like to go one month to Margalef to work on First round first minute and one month in Switzerland to work on Off the wagon sit-start :)" (c) Oriane Tollebeek More pics and comments on his Insta.
3
0  C O M M E N T S:
Sort by: Date A Reply A

Adam Ondra, who got the bronze yesterday in Boulder, won the gold in an exciting Lead final winning over Luka Potocar on countback. Interestingly, Adam reached …