The Story of 2 Worlds, 8C by Jernej Kruder 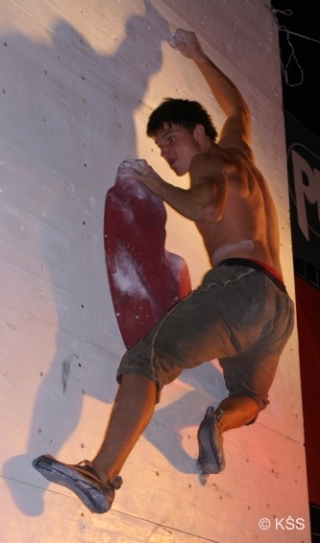 Jernej Kruder has done the fourth ascent of Dave Graham's The story of 2 worlds, 8C in Cresciano. It has become maybe the most famous boulder in the world because Dave named it in 2005 as a statement towards the grade inflation, because confusions on how to start it and that it is a very beautiful boulder with an 8B+ stand start. "So fucking happy...had to stay a bit longer here but it was worth it...today was a bit warmer and I think it's better that way." Jernej has previously repeated boulders up to 8B, excluding the stand start, and he has twice been #4 in the boulder World Cup.
0
14  C O M M E N T S:
Sort by: Date A Reply A